The Answer to "They Will Say Mean Things About Me": Righteousness

I get that people are afraid of being put to shame. I understand that people do not want other people maligning them on social media or saying bad things about them so that they lose their jobs.

I get all that.

Consider this glorious promise which God gives to His righteous saints: 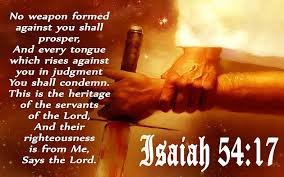 Sadly, I have encountered so many activists who remain quite scared of being maligned, of people saying meaning things about them om social media or in private places. It's really quite a shame.

Then again, it's not good enough for me to shame people for ... being ashamed and fearing the reproach of men. What is needed is more of the ministry of righteousness!

"9For if the ministration of condemnation be glory, much more doth the ministration of righteousness exceed in glory. 10For even that which was made glorious had no glory in this respect, by reason of the glory that excelleth." (2 Corinthians 3:9-10) 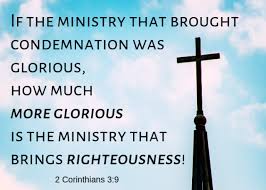 Consider the victorious disregard of the Apostles when they were first arrested for preaching the Good News:

"And they departed from the presence of the council, rejoicing that they were counted worthy to suffer shame for his name." (Acts 5:41)

They actually celebrated that they could suffer for the name of Jesus!

Paul adds in his Second Letter to the Corinthians:

"Most gladly therefore will I rather glory in my infirmities, that the power of Christ may rest upon me. 10Therefore I take pleasure in infirmities, in reproaches, in necessities, in persecutions, in distresses for Christ's sake: for when I am weak, then am I strong." (2 Corinthians 12:9-10)

The Body of Christ, men and women of faith need a growing revelation of God's love, grace, and protection in their lives. To receive this, they need to understand their perfect standing of righteousness in Christ before God the Father. When we know that we have the favor of our Heavenly Father, then we stop carring whether people will say mean things about us.