See God as Generous, and You Will Be Generous In Turn 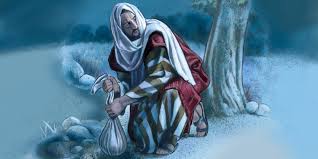 "20And so he that had received five talents came and brought other five talents, saying, Lord, thou deliveredst unto me five talents: behold, I have gained beside them five talents more. 21His lord said unto him, Well done, thou good and faithful servant: thou hast been faithful over a few things, I will make thee ruler over many things: enter thou into the joy of thy lord." (Matthew 25:20-21)

When we see that God has entrusted to much to us, we are ready to do much with what He has given to us.

Notice that the one who received the most would generate the most for his master.

In contrast, the one who received only one talent--did nothing with it but bury it in the ground.

The third steward said the following about his master:

1. "You are a hard man." Wow! He thought that his master was violent, harsh, stern!

2. "You reap where you have not sown" i.e. you get the rewards from stuff that is not yours.

3. "You gather where you have not strawed" i.e. you get something when you have done nothing.

The truth is, however, that God, our Heavenly FATHER (not our master, but Father!) is none of those things! 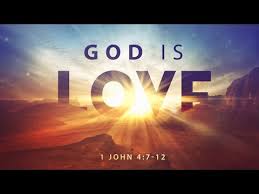 "For God so loved the world, that he gave his only begotten Son, that whosoever believeth in him should not perish, but have everlasting life." (John 3:16)

Contrary to the what the wicked servant said, God has given to us generously, and he reaps from having sown so much!

"So shall my word be that goeth forth out of my mouth: it shall not return unto me void, but it shall accomplish that which I please, and it shall prosper in the thing whereto I sent it." (Isaiah 55:11)

I mean, God simply spoke, and the world and all its teeming wonders came into being! He reaps diligenty because He sows!

He has also widely spread, and given away so much. He does not take from us to get, but rather receives from us what He has already first given to us!

David the Great King would declare:

"But who am I, and what is my people, that we should be able to offer so willingly in this manner? For all things come from Thee, and from Thine own have we given Thee." (1 Chronicles 29:14)

In fact, if we want to thank God for His goodness, this is what we must do:

"What shall I render unto the LORD for all his benefits toward me?

If we want to be generous, the answer is not to focus on ourselves. People who struggle with giving do not see how much God has given them. Through His Son, we need to recognize that God gave us His most prized possession, His own Beloved Son.

If we want to be generous, we need to see that God our Father has delivered much to our care. When we see how good He is to us, then we in turn can be generous and giving with all that we have!


"O, taste and see that the Lord is good: blessed is the man that trusteth in him." (Psalm 34:8)
Posted by Arthur Christopher Schaper at 11:35 AM

Email ThisBlogThis!Share to TwitterShare to FacebookShare to Pinterest
Labels: Generous, God Almighty, Jesus, Light of the World, Matthew 25, Parable of the Master and Talents, Three Servants