Jesus, the Light of the World ... to the WORLD

"And he said, It is a light thing that thou shouldest be my servant to raise up the tribes of Jacob, and to restore the preserved of Israel: I will also give thee for a light to the Gentiles, that thou mayest be my salvation unto the end of the earth." (Isaiah  49:6) 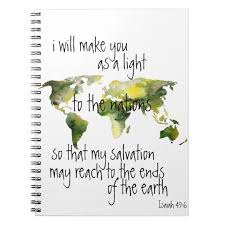 He was announced beforehand as a great Light appearing in a dark world, in a lightly esteemed (read, cursed) place: Galilee of the Gentiles, or the nations:

"Nevertheless the dimness shall not be such as was in her vexation, when at the first he lightly afflicted the land of Zebulun and the land of Naphtali, and afterward did more grievously afflict her by the way of the sea, beyond Jordan, in Galilee of the nations.

"The people that walked in darkness have seen a great light: they that dwell in the land of the shadow of death, upon them hath the light shined." (Isaiah 9:1-2)

Jesus did many of His miracles in Galilee, I submit, because most of the people who lived there were Gentiles, non-Jews who were not under law, who could receive God's grace unimpended by their allegiance to Moses.

For even Moses had informed the Israelites:

"The LORD thy God will raise up unto thee a Prophet from the midst of thee, of thy brethren, like unto me; unto him ye shall hearken;" (Deuteronomy 18:15)

And yet many did not believe Him:

"He is despised and rejected of men; a man of sorrows, and acquainted with grief: and we hid as it were our faces from him; he was despised, and we esteemed him not." (Isaiah 53:3)

But the nations of the world received Him, gladly.

"I am sought of them that asked not for me; I am found of them that sought me not: I said, Behold me, behold me, unto a nation that was not called by my name." (Isaiah 65:1)

God's grace is for the whole world, not just for the Jews, not just for the Twelve Tribes of Israel. Yet this should come as no surprise, for God prophesied this grace for all of us long before Israel was even born:

"And I will bless them that bless thee, and curse him that curseth thee: and in thee shall all families of the earth be blessed." (Genesis 12:3)

Jesus would later explain to the Pharisee Nicodemus: 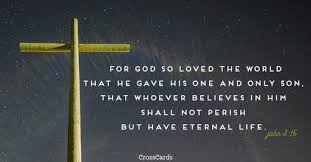 "For God so loved the world, that he gave his only begotten Son, that whosoever believeth in him should not perish, but have everlasting life." (John 3:16)

Jesus is the Light of the World, to the World. God's love for Israel is real, but no one should give the impression that because He was first sent to the Jews, to the House of Israel, that all the nations of the world were an afterthought.

It was God's express interest to save all of us, and we have a Savior who is committed to saving us every day!
Posted by Arthur Christopher Schaper at 12:27 PM