"Let the wicked forsake his way, and the unrighteous man his thoughts: and let him return unto the LORD, and he will have mercy upon him; and to our God, for he will abundantly pardon." (Isaiah 55:7)

This is one powerful passage! 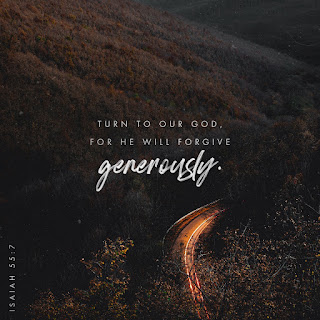 Many of us, even those who are saved, seem to think that God is stingy when it comes to grace.

He forgives us a few times, but then when we cross that line of transgressing against Him, then He's going to whack us!

But the verse makes it clear that God keeps showing favor, blessings, pardon upon us.

The original Hebrew for "abundantly pardon" includes the word "rabah"

The word means "very much". but it also means "multiply".

He pardons on top of pardoning!

Here's the breakdown of the word in Strong's Concordance:

Here is the first mention of the word in the Bible:

"And God blessed them, saying, Be fruitful, and multiply, and fill the waters in the seas, and let fowl multiply in the earth." (Genesis 1:22)

The word "multiply" in the above verse, both times, is "rabah."

The last mention of "rabah" in the Old Testament occurs below:

"I will hiss for them, and gather them; for I have redeemed them: and they shall increase as they have increased." (Zechariah 10:8)

Just like in the first mention of the verb, "rabah" appears twice as "increase".

He does not just pardon, but His pardoning increases, multiplies!

And why? Because of everything that Jesus did for us at the Cross!

This verse provides fully how God's grace multiplies in our lives, even when we sin, fall, fail:

"Moreover the law entered, that the offence might abound. But where sin abounded, grace did much more abound:" (Romans 5:20)

The Youngs Literal Translation brings it out beautifully!


"Forsake doth the wicked his way, And the man of iniquity his thoughts, And he returneth to Jehovah, and He pitieth him, And unto our God for He multiplieth to pardon." 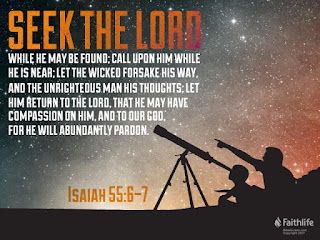