When Life Is Not Fair, Depend on God's Favor, Not Man's Fervor 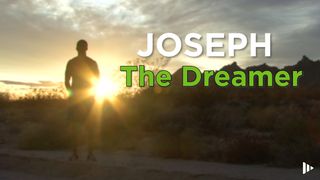 "But think on me when it shall be well with thee, and shew kindness, I pray thee, unto me, and make mention of me unto Pharaoh, and bring me out of this house: For indeed I was stolen away out of the land of the Hebrews: and here also have I done nothing that they should put me into the dungeon ... Yet did not the chief butler remember Joseph, but forgat him." (Genesis 40: 14-15, 23)

Joseph, the beloved, favored son of Jacob, whom God ordained to save many lives as the second-in-command with Pharoah later on in life, had endured untold privations in life.

1. His brothers betrayed him, selling him into slavery.

2. As the prized servant in Potiphar's house, his lecherous wife lied about him, claiming that he had attempted to rape her, when it was actually the other way around. Joseph ended up in prison, when he could have been executed -- most likely that did not happen, since Potiphar likely knew that his wife was lying.

3. There in a prison, Joseph helped not one but two prisoners to interpret their dreams, and yet for all that, the restored butler forgot about Joseph.

I read this interesting commentary about the above passage:

From Barnes' Notes on the Bible:


"I have not done aught." Joseph pleads innocence, and claims liberation, not as an unmerited favor, but as a right. "The pit." The pit without water seems to have been the primitive place of confinement for culprits.

Joseph wanted to claim by right his innocence and rely on his own pleading to get out of jail. "This is wrong. This is not fair! I should not be here!"

Yet at this point, God did not manuever to get Joseph out of the prison ... yet.

As beloved children of our father, we are called, invited, exhorted to grow in grace, in His "unmerited favor." Even when things are not fair, we need to keep depending on God's grace, not man's favor or fervor, including our own. We will find favor in the eyes of men because of God, not because of our efforts. It's as simple as that.

Following this even, we witness one more aspect of Joseph's training, growing in grace!

Indeed, the butler may have inadvertently forgotten Joseph and his plight, but we've read the book, and we know that God needed the time to elapse so that Joseph would be perfectly positioned.

Notice also that Joseph learned even more to depend on God's favor, enough that when he stood before Pharoah, he never pleaded his case or his cause, but simply interpreted the dream, and then said:

Joseph did not say "Pick me! Pick me!" He had gotten to the place of understanding how great is God's plan for all of us, and it's not just for ourselves! 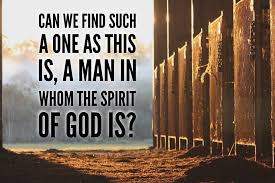 Of course, Pharoah followed God's promptings, even if he did not believe in Him:

"And Pharaoh said unto his servants, Can we find such a one as this is, a man in whom the Spirit of God is? And Pharaoh said unto Joseph, Forasmuch as God hath shewed thee all this, there is none so discreet and wise as thou art: Thou shalt be over my house, and according unto thy word shall all my people be ruled: only in the throne will I be greater than thou." (Genesis 41:38-40)

Notice that this heathen ruler could not help but see "Can we find such a one as this -- a man in whom the Spirit of God is?" Joseph's natural privations allowed for supernatural glory, that even the unbelieving ... would believe on Him!

We don't need man's fervor. Let's trust in God's favor, let's rest in the truth that He is very much working behind the scenes in our lives, even when we are victims of injustice, when we see our attempts fail to help ourselves out. 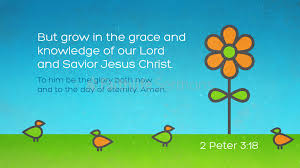 "But grow in the grace and knowledge of our Lord and Savior Jesus Christ. To him be the glory both now and to the day of eternity." (2 Peter 3:18)
Posted by Arthur Christopher Schaper at 1:00 AM