"I write unto you, little children, because your sins are forgiven you for his name's sake." (1 John 2:12)

John the Beloved could not have made it clearer.

"I write to you, dear children, because your sins have been forgiven."

And yet there are many Christians who believe that they must confess their sins in order to be forgiven because of 1 John 1:9--

"9If we confess our sins, he is faithful and just to forgive us our sins, and to cleanse us from all unrighteousness." (1 John 1:9)

Many people have read this, and they believe that they must confess to be forgiven.

And yet, the Hebrew concept of sin never settled for the individual acts of sin.

The Hebrew mindset, and thus the Biblical mindset, recognized that sin is much deeper than what we do.

It's all about who we are in Adam, the federal head of the human race, by whom sin entered the world:

"15But not as the offence, so also is the free gift. For if through the offence of one many be dead, much more the grace of God, and the gift by grace, which is by one man, Jesus Christ, hath abounded unto many." (Romans 5:15)

Furthermore, confession of sins in the Old and New Testament is "I am a sinner", not just "I did this sin. I did that sin. etc."

"2Wash me throughly from mine iniquity, and cleanse me from my sin." (Psalm 51:2)

Sin is about more than what people do -- it's about our status in Adam; it's about who we were, dead in trespasses.

"And were baptized of him in Jordan, confessing their sins." (Matthew 3:6)

"People went out to him from all of Jerusalem and the countryside of Judea. Confessing their sins, they were baptized by him in the Jordan River." (Mark 1:5)


All these individuals who confessed their sins were later baptized in water. The idea that every person meeting with John the Baptist had confessed ALL their sins is just unthinkable. That is not what happened. They all would have been standing there the whole time, and NO ONE would have been baptized.

Besides, many believers were Baptized in the Holy Spirit, and not by confessing their sins, but believing that their sins were forgiven:

"While Peter yet spake these words, the Holy Ghost fell on all them which heard the word." (Acts 10:44)

1 John 1:9 is for non-believers, for those who need to be invited to join us in Christ:

"3That which we have seen and heard declare we unto you, that ye also may have fellowship with us: and truly our fellowship is with the Father, and with his Son Jesus Christ" (1 John 1:3)

John is writing to those who do not believe, so that their sins may be forgiven.

If one looks at the second chapter, John begins:

"1My little children, these things write I unto you, that ye sin not. And if any man sin, we have an advocate with the Father, Jesus Christ the righteous: 2And he is the propitiation for our sins: and not for ours only, but also for the sins of the whole world." (1 John 2:1-2) 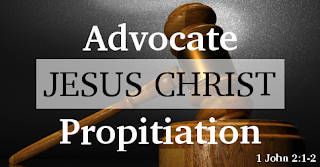 Notice that the chapter addresses "my dear children." He is addressing believers.

Notice also that he does not tell the dear children to confess their sins. He reminds them that they have an advocate with the Father in Christ Jesus.

Moreover, John writes to them as a whole "I write to you because your sins have been forgiven."

It does not qualify that only the sins that you had committed in the past have been forgiven.

We have forgiveness of sins -- all sins, every sin!

They are all forgiven. Therefore, there is no need for confession in order to be forgiven!