The Worst Abomination: Trying to Earn Rather Than Receive God's Favor

"Thou shalt not lie with mankind, as with womankind: it is abomination." (Leviticus 18:22)

In the last post, I wrote about how Christ Jesus became sin, an abomination, so that we might be made the righteousness of God in Christ Jesus (2 Corinthians 5:21).

In that post, I wrote how the first mention of "abomination" in the Bible refers to what the Egyptians felt is an abomination.

I shared that the Egyptians worshipped sheep, and they saw the Israelites as an abomination because they herded sheep and sacrificed them.

First, let me reprint the verses which use "abomination" in the Old Testament the first few times:

The Egyptians find the Israelites to be an abomination. Why?

"That ye shall say, Thy servants' trade hath been about cattle from our youth even until now, both we, and also our fathers: that ye may dwell in the land of Goshen; for every shepherd is an abomination unto the Egyptians." (Genesis 46:34)

The Egyptians found the Israelites to be an abomination because they were shepherds. Rather than worshipping sheep, they herded them. They domesticated them, they ate them.

And why else did the Egyptians find the Israelites to be an abomination?

Not once but twice "abomination" is listed in the passage above. The Egyptians could not abide the idea of the Israelites sacrificing lambs to the LORD!

So, we have a window into the word "abomination", in that the Egyptians saw animals as something to be worshipped, whereas the Israelites used these animals to feed themselves and to atone for their sins before the LORD.

There is deeper revelation here, I believe, that I want to draw out for everyone.

God does not want us to come to Him in our efforts, serving Him in our own ways.

Consider what happened when Cain brought fruits from the ground, while Abel brought a lamb to atone for his sins:

They both offered sacrifices, but Abel sought forgiveness of sins the right way: through the blood of the lamb. Cain did it the wrong way, taking cursed produce from the ground--and not even the firstfruits!

Blood is needed to atone for our sins, not self-effort.

"And almost all things are by the law purged with blood; and without shedding of blood is no remission." (Hebrews 9:22) 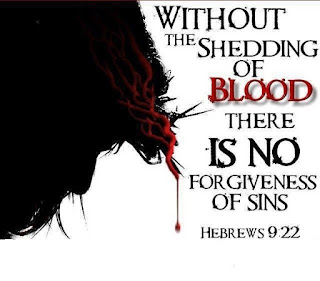 "Therefore by the deeds of the law there shall no flesh be justified in his sight: for by the law is the knowledge of sin." (Romans 3:20)

"But we are all as an unclean thing, and all our righteousnesses are as filthy rags; and we all do fade as a leaf; and our iniquities, like the wind, have taken us away." (Isaiah 64:6)

Let's also draw further revelation on what is an abomination:

"Cursed be the man that maketh any graven or molten image, an abomination unto the LORD, the work of the hands of the craftsman, and putteth it in a secret place. And all the people shall answer and say, Amen." (Deuteronomy 27:15)

We already know that the Egyptians worshipped the rams, lambs, sheeps, etc., while we in the Body of Christ we worship the Lamb of God, who takes away the sins of the world (John 1:29)

The Egyptians worshipped lambs, in their self-effort, hoping to earn forgiveness. In Christ, we receive the abundance of grace and the gift of righteousness (Romans 5:17), because Jesus, the Lamb of God, died on the Cross, taking all our sins, and granting us redemption through His Blood.

There is no greater abomination than to think that we can earn God's favor. Grace is undeserved, unearned, unmerited. We receive all things from God our loving Father through His Son Jesus Christ.

Let us worship the Lord, because He is Good! We do not, cannot, and should not think that we can bargain or buy God's favor. Such actions are indeed an abomination. Let's rest in the perfect gift of salvation which He has given to us. Amen!