As New Creation in Christ, Let Us Speak with the Law of Kindness

"She openeth her mouth with wisdom; and in her tongue is the law of kindness." (Proverbs 31:26) 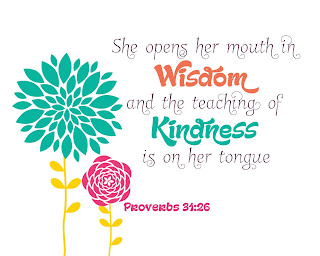 This passage features a virtuous woman (Proverbs 31:10), worth more than rubies.

There is only one woman who is described as virtuous: Ruth!


"And now, my daughter, fear not; I will do to thee all that thou requirest: for all the city of my people doth know that thou art a virtuous woman." (Ruth 3:11)


What made Ruth virtuous?

She believed in the LORD, and trust Him for favor!

Consider what she pleaded with her mother-in-law Naomi:


"And Ruth said, Intreat me not to leave thee, or to return from following after thee: for whither thou goest, I will go; and where thou lodgest, I will lodge: thy people shall be my people, and thy God my God:" (Ruth 1:16)

She believed on Him!

She then expected to find favor because of Him!:

"2And Ruth the Moabitess said unto Naomi, Let me now go to the field, and glean ears of corn after him in whose sight I shall find grace. And she said unto her, Go, my daughter." (Ruth 2:2)

When Boaz, a picture of our Lord Jesus Christ, found her and was favorable to her, she said to him:

And finally, even Naomi noticed that favor of the LORD, which visited Ruth:

Noami had returned to Bethlehem urging her friends to call her "bitter", because in her opinion, the LORD had dealt with her very bitterly (cf. Ruth 1:20)

But Ruth was not bitter. She believed that God would do better, and help both her and her mother-in-law overcome the hardships they were facing.

Now, let's look at the verse from Proverbs. 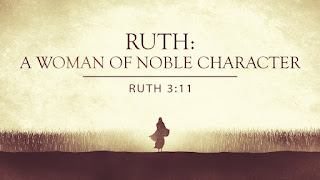 Ruth is the only woman mentioned in the Old Testament as "virtuous" (cf Ruth 3:11)

She believed in the Lord, and she received from Him favor.

Therein you have "the law of kindness" or literally:

God's grace, or "chesed" in Hebrew, is the greatest of teachers!

Today, since we are new creations in Christ Jesus (2 Corinthians 5:17), let us speak the law of kindness, the "law of grace" so to speak. We have His favor. Let us declare it, and let us declare that God is faithful to fulfill His promises for us!